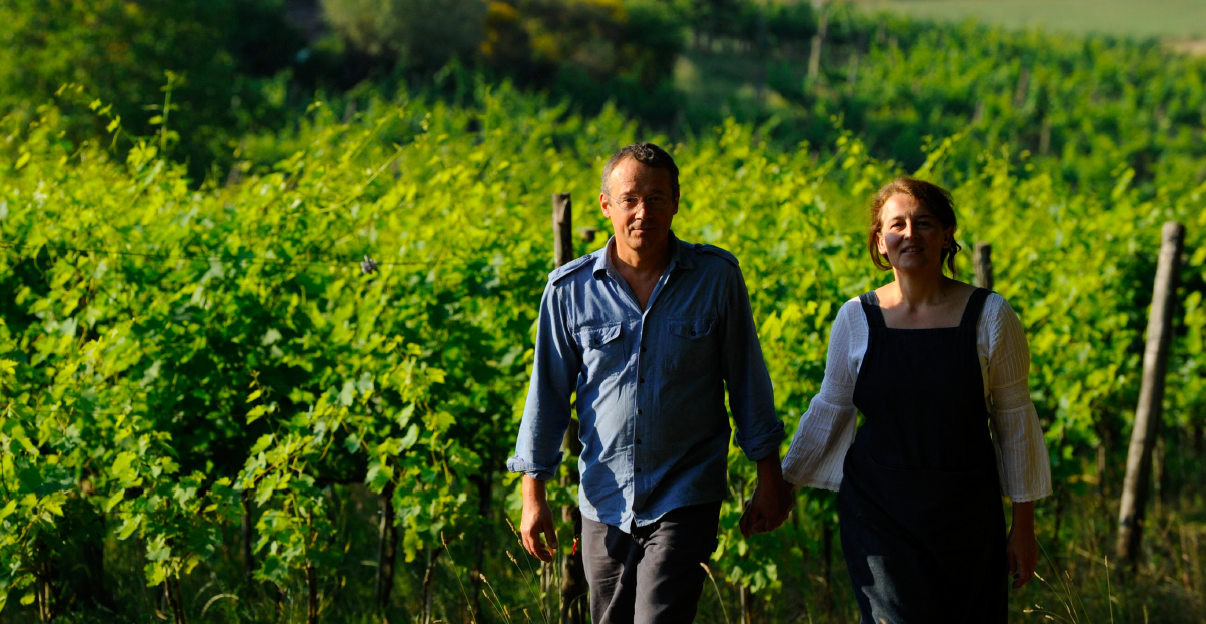 Colombaia is not just a vineyard but an entire ecosystem of grapes, animals, vegetables and fruit all living in symbiosis with, and feeding into, each other. 220 metres up on the Colle Val d’Elsa, on clay soil rich in entire fossils and just 60km from the sea.

Dante Lomazzi  is from the fourth generation of winemakers in southern Tuscany where the current winery was established in the 1970s. He took over the production in 2003 and thus brought new enthusiasm and finetuning the family’s traditions of winemaking expertise. It was always a natural organic farm, as a result of a choice to a natural traditional lifestyle, based on respect for the environment and its protection. Colombaia has been organic certified since 1990 and in 2003 they started applying biodynamic practicies troughout the vineyard and vinification process.

The 4 hectar vineyard is located 220 meters above sea level and it’s a clay and calcareous soil with fossil shell land hills dominating an open valley with a nice fresh wind from the seaside. The grapes consists of Tuscany native grapes Sangiovese, Colorino, Malvasia Nero and Canaiolo. The wine cellar is small and self-sufficient so that the hand-picked grapes is taken care of as soon as they are harvested. The vinification process is natural, the parcels are vinified seperatly in respect of the differences of the grapes. Natural fermentation takes place at a controlled temperature as they are using vats buried in the ground. It is aged on slavonian oak or in steel tanks. Sulfites are occasionally added in small amounts during bottling if considered necessary. The wines made by Dante and Helena Lomazzi in Tuscany really reflects the terroir that it comes from.